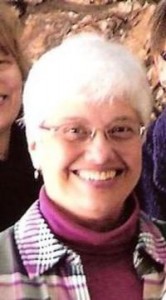 Norma started her career in music at Stamm Elementary School, Fremont, then Lakota High School and in Dexter, KS. She was a music teacher for Glenwood Elementary, Rossford, and Eastwood Schools in Luckey and Webster, retiring in 1999. Norma was very active in numerous churches as a choir director including Scott Trinity, Risingsun and Holland United Methodist Church, Holland. She was the minister of music for Trinity United Methodist Church, Bowling Green where she was a member.

Norma was a band director, also giving private instrumental lessons and directing the choir at Holland United Methodist Church where she met Jim. She had a passion for music.

Norma also was an accompanist for Central Catholic High School choirs, and was a tutor for Anthony Wayne High School Band, being very proud of being a mentor. Norma studied at the ORFF Institute in Salzburg, Austria. She was a member of the local ORFF chapter. Throughout her career she planned many music programs. After her retirement she traveled to the southwest on an Indian cultural tour and also in San Francisco where she became interested in Labyrinth Gardens. Along with being a Master Gardener, Norma was a Labyrinth facilitator.

Until her illness she was also an accompanist for the First Christian Church, Bowling Green and Presbyterian Church in Perrysburg. Norma had many, many awards and accomplishments in her life, too numerous to mention. Everyone who knew her will miss her greatly.